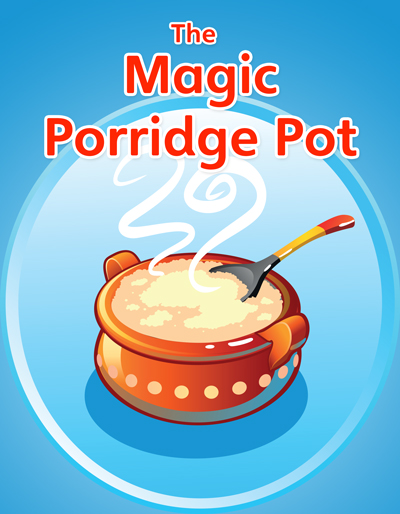 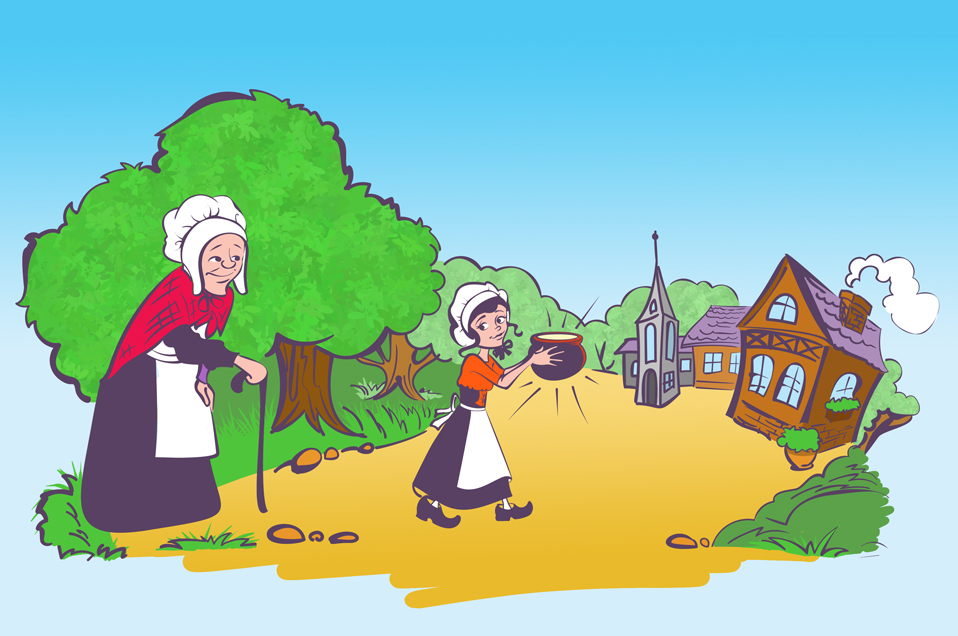 A poor girl lived with her mother in a town. They were hungry, but they had nothing to eat.

The girl said, ‘I’ll go into the wood to look for mushrooms and berries.’

‘Thank you, many thanks,’ said the girl, and she went home with the gift.

The porridge was sweet and tasty and eventually mother and daughter were full up.

‘Pot stop!’ said the girl, and the pot gave no more porridge.

One day the girl went to visit friends. Later, her mother felt hungry, so she said, ‘Pot cook!’
The mother ate, but when she’d had enough porridge, she had forgotten the correct word to stop the pot.

The pot cooked no more porridge, but the people had to eat a great deal of porridge in order to get back into their houses!