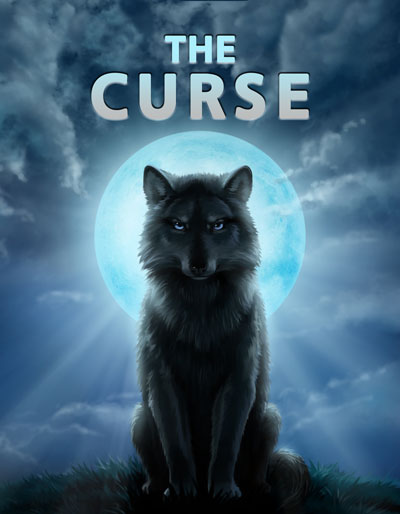 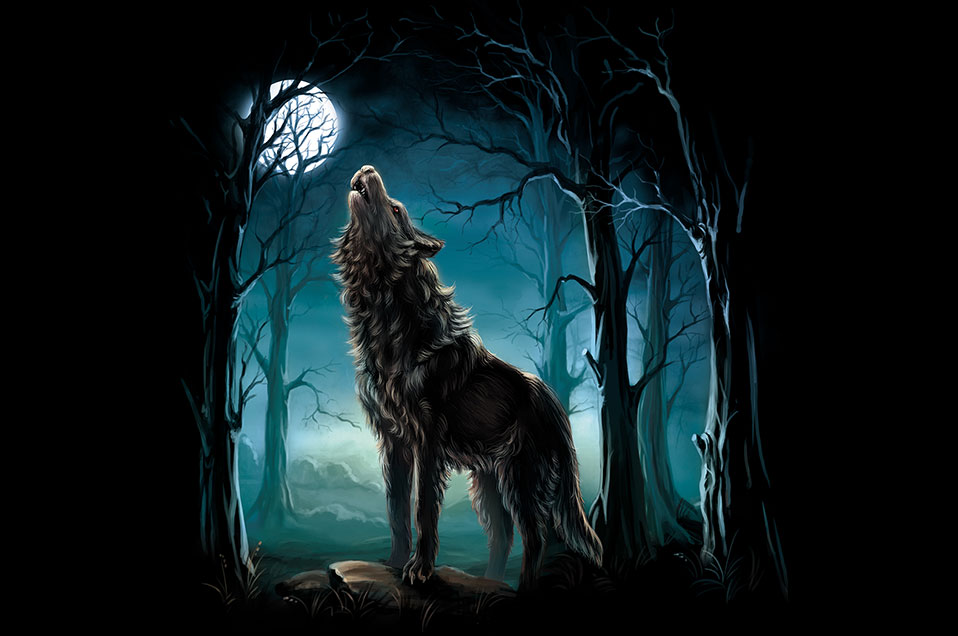 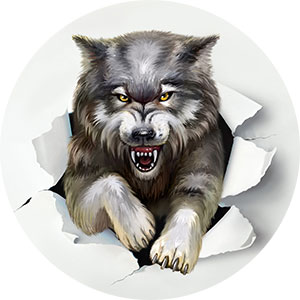 A very long time ago, there was a small village on the edge of the great forest. This was a peaceful village most of the time, but the villagers lived in fear of the Lobizon, who were said to dwell deep within the forest. The Lobizon were dark creatures, half man and half wolf, and every full moon it was said that these creatures would creep out of the forest in search of human flesh.

But how does such a creature come into being? That is simple: the curse upon the seventh son born to any family. The curse will not befall any daughters, but if a mother gives birth to seven sons, then the last of these sons will surely become a Lobizon.

When Filipe was born his mother was afraid. She had hoped for a daughter, not a seventh son; but Filipe’s mother was kind and loving and she was not going to turn her back on her own child, no matter what the villagers said about the curse.

Many years passed in peace. Filipe grew into a strong boy who was much loved by his mother and father and six brothers. But Filipe could not help noticing that he was treated differently from his brothers. He did not go to school because the teacher would not allow it. This was not fair because the young boy loved learning new things and wanted desperately to make friends with the other children.

If ever Filipe was sent to get bread by his mother, the people of the village would never cross his path and always looked upon him with a mixture of fear and resentment that unnerved the young boy. The other children would not play with him and he was never allowed out into the garden when it was a full moon. This last point was perhaps the worst of them all because Filipe loved the moon very much, something about it – especially when it was full and round in the night sky – spoke to Filipe and roused his spirits and made him want to sing and dance and run.

Although life was peaceful, it was far from happy. Filipe found himself more and more isolated with each passing year. He had no friends and was never once invited to play with the other children. Sometimes he would hear their laughter and imagine what games they were playing and how much fun they were all having. Filipe also noticed that even his mother and his brothers were beginning to look at him strangely.

‘What is so wrong with me?’ Filipe often asked himself. ‘I am not such a bad boy. I do my chores and I almost never misbehave. Why am I treated so differently from the other children?’

As he approached his fifteenth birthday, Filipe was sadder than ever. His mother rarely allowed him out of the house and she often seemed agitated in his company. The mean children would throw stones at him if they ever saw him playing on his own next to his house, but when he turned to challenge them they would run away screaming as if he were a monster. Sometimes Filipe longed to escape into the great forest and never come back.

One day his mother sat him down and explained to him the reason for his troubles. ‘You are my seventh son,’ she said, ‘and there is a curse upon you, my child.’

Filipe was very confused. ‘What sort of a curse?’ He asked.

‘On your fifteenth birthday you will turn into a Lobizon, a creature that is half man and half wolf.'

Filipe knew all about the Lobizon from his books and from the stories his brothers shared at night whenever they thought that he was asleep in his bed. But they had never told Filipe that he was cursed in such a way. He did not want to be a Lobizon. He did not want to be vicious or cruel, and he was not at all sure about the idea of having long claws and thick fur all over his body.

On the eve of his fifteenth birthday, young Filipe was sadder than he had ever been before in his whole life. He sat up in bed in the dark and cried to himself. ‘I have always been alone,’ he thought.

Just then Filipe looked out of his bedroom window and noticed the moon was rising into a dark blue sky full of stars. It was a big beautiful full moon and it filled his heart with joy. Then something very strange happened: Filipe felt a stirring in his stomach and an itching all over his skin. From his chest there rose a howling sound and he raised his head to the moon and called to her as he had never done before. His body suddenly sprouted fur all over and the nails on his hands and feet turned into long ivory-coloured claws. His clothes were torn to shreds and fell to the floor at his feet. And when Filipe looked in the mirror, he saw the reflection of a tall wolf-boy staring back at him with thick fur all over its body and wild red eyes that seemed to sparkle in the dark.

‘So I am a Lobizon!’ He exclaimed.

Filipe felt the calling of the moon and the forest and knew that it was time to turn his back on his old life and embrace his destiny.

The young wolf-boy opened his bedroom window. Just before leaping out into the night he stopped and took one last look around his old bedroom and thought about his mother and father and his six brothers. ‘I shall remember you always, my loving family, but now I must accept who I am and start a new life.’

Then he leapt out of his bedroom window and raced into the forest, all the time howling at the moon, his heart full of strange new hope for the future.

When Filipe was deep within the great forest, he stopped in a beautiful clearing and looked up at the ancient trees and the beautiful moon high up in the sky. He howled and howled and jumped and danced and laughed... and when at last he stopped howling and dancing, he looked around and noticed that other Lobizon were gathered in the clearing. Some were young like Filipe, some older.

They approached Filipe and welcomed him.

‘You are home now, in the great forest among friends,’ said one in a kind and gentle voice. And it was then that Filipe realised he was not cursed at all.

‘I am a Lobizon and I am home!’ He said with a smile as he raised up his head to the full moon and howled with all his might. The other Lobizon all joined in and sent a mighty chorus up into the night sky in honour of the moon.

Many miles away, Filipe’s mother stood in her garden dressed in her nightgown and listened to the chorus of the Lobizon drifting on a gentle breeze from within the great forest. The old woman smiled to herself because she knew that her seventh son had finally found himself a home where he would be welcome and where he would have many friends and live a long and happy life.