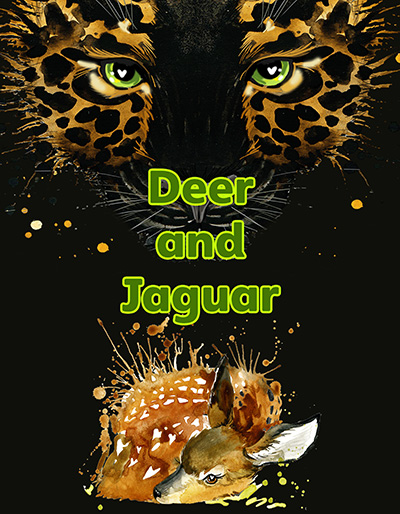 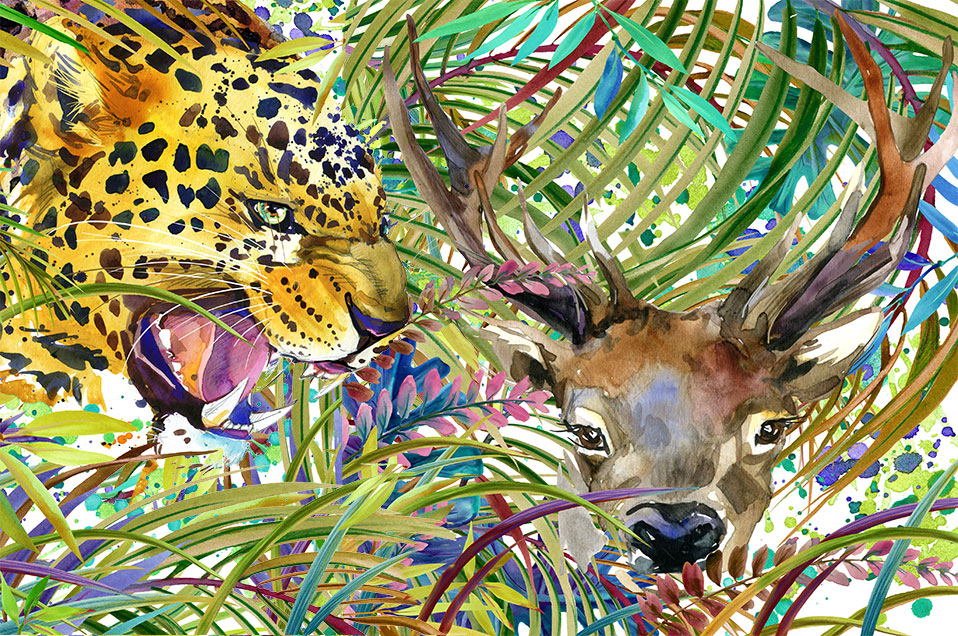 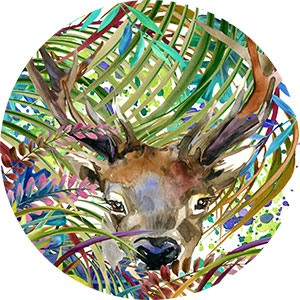 Deer walked along by the great river into the forest: ‘Oh, but what a life have I got? No home. Perhaps I will build myself a house. Here is as good a place as any.’

Along came Jaguar by the great river, padding along into the forest. He came to the same place: ‘Oh, what is my life? Perhaps one day I will settle down and make myself a home. Here would be as good a place as any.’

And Jaguar went on.

Deer returned, and with his fine antlers he cleared the brush, he cleared the trees and made the ground level to build his house, and then went on into the forest.

Now Jaguar came: ‘This is the place I was to build my house, but the ground has been cleared and flattened. Clearly, the God Tupan has blessed this. Here I will make my house.’ And with enthusiasm, the Jaguar flattened the ground and smoothed the ground and made himself a floor – hard and shiny with his teeth aiding him – and then went on into the forest.

Deer returned: ‘A floor has been made, shiny and hard. Clearly the God Tupan is assisting me.' And with renewed energy, Deer built walls for the house. When he had finished, Deer went on into the forest. 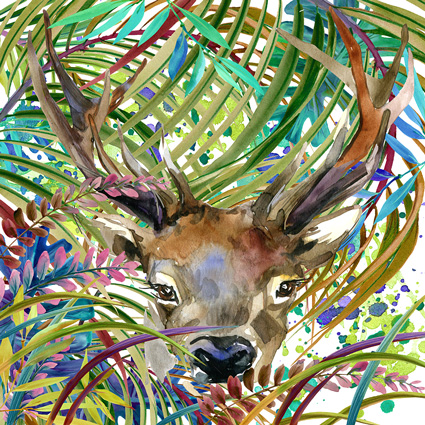 Now came Jaguar: ‘The God Tupan has built walls for my house. Now I will make a roof.’ And strong Jaguar made a roof, and when it was complete he went on into the forest. Deer saw that the roof had been made: ‘Tupan has blessed me indeed.’

Inside the house, Deer made two rooms: One for himself and one for Tupan. He went into one room, rested and slept as it grew dark.

And now Jaguar returned and saw there were two rooms in the house: ‘Tupan has made a room for himself to share the house with me.’

He went into the other room and slept.

Deer and Jaguar slept through the night in the same house. At dawn, both woke.

Deer saw Jaguar. Jaguar looked at Deer: ‘Did you help build my house?’

‘I did. Did you help build my house?’

So it was that Jaguar and Deer shared the house in harmony ... for a short time. 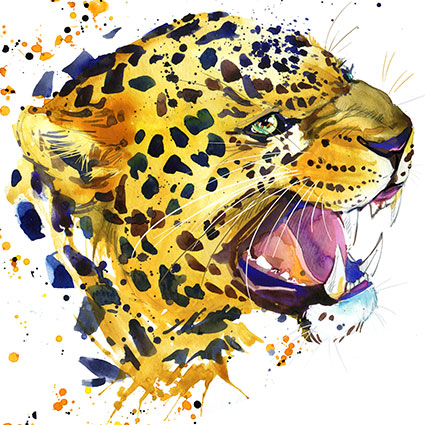 Jaguar was hungry: ‘Make a fire. Put on a pot to boil. I am going hunting.’ And Jaguar left the house and Deer prepared the fire and the pan of boiling water.

Jaguar found and caught and killed a deer. He carried it back to the house. He began to cook the deer. When Deer saw what Jaguar was cooking, Deer was sad.

Jaguar began to eat. Deer was afraid and did not eat. Deer went to his room and tried to sleep.

Jaguar went to his room.

All night long, Deer kept his eyes open, frightened that Jaguar would come and devour him.

In the morning, Deer said to Jaguar: ‘Make a fire. Put on the pan. Boil the water. I am going hunting.’

Deer went into the forest. There, sharpening his claws against the bark of a tree was a jaguar. Deer went on until he found Tamandua the ant eater.

‘That jaguar spoke evil of you.’ 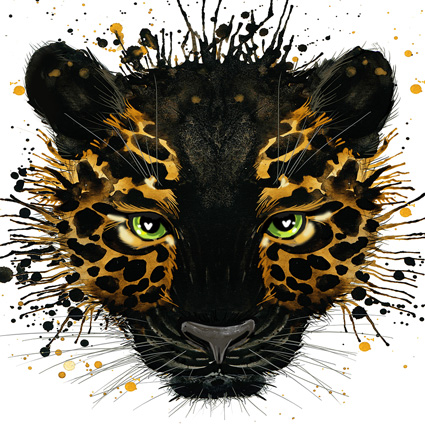 Tamandua became angry. He went and attacked the jaguar with his strong, sharp claws. When the jaguar was killed, Tamandua left. Deer carried the dead jaguar back to the house.

When Jaguar saw what Deer was cooking, he was afraid. He could not watch Deer eat the meal so he went to his room. But indeed, as you know, deer do not eat the meat of a jaguar.

Deer now went to his room. Deer could not sleep. Deer was afraid that Jaguar would come in the night and devour him.

Jaguar could not sleep. He was afraid that in the night Deer would come and devour him.

Deer finally began to nod and fall asleep. And as his head nodded, his antlers knocked against the wall making a loud sound. Jaguar woke up, frightened that Deer was coming to attack him. He sent out a loud scream. Deer believed that Jaguar was coming to kill him.

Since that time, Jaguar and Deer have not lived together.